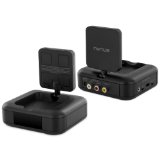 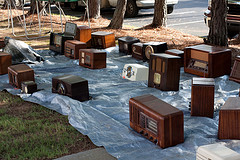 The basics of Satellite Radio

Broadcasting digital radio via satellite is not something new and concepts of doings this have been with us for a few years. From the early days of satellite radio, companies like Dish Network have offered digital audio channels as part of their programs. The breakthrough in popularity of satellite radio, however, happened just recently, when the technology became more permissive. Satellite radio was very rare on moving locations, such as boats or cars, mostly because there was the need for some expensive equipment – a tracking dish. This was a strong deterrent which kept satellite radio quite unknown by the general public. Today, however, one can receive digital audio satellite broadcasts by using a small, GPS-like antenna. This greatly increased the feasibility of the satellite radio systems and more and more vehicle owners began considering satellite radios as a good source of music and news.

The birth of satellite radio in the United States

When the U.S. Federal Communications Commission (FCC) allocated a spectrum in the “S” band (2.3 GHz) for the broadcasting of digital radio services in 1992 no one thought the amplitude that the system would take in the future. From the initial Digital Audio Radio Service (DARS) things progressed until two companies were given licenses to broadcast digital radio in 1997. These two were American Mobile Radio (today known as XM Satellite Radio) and CD Radio (presently called Sirius Satellite Radio). The fact that satellite radio is nationwide makes it a very attractive media channel, both for commercial and non-profit organizations. The two companies that initiated the development of satellite radio saw the huge potential it had, since it wasn’t confined by the limitations of other terrestrial broadcasters.

Here are some of the most noteworthy benefits of having a satellite radio system:

* No more geographical limitations – since the radio program is broadcast through a satellite you don’t have to switch radio stations every time you leave a certain coverage area.
* The digital quality of the satellite radio has some amazing benefits on its own. There are no noise disturbances that were traditional to FM and AM broadcasts. The transmission is crystal clear and satellite radio receives some valuable points when broadcasting quality is concerned.
* Analog radio stations simply cannot broadcast the full range of sounds available through digital satellite radio.
* Both XM Radio and Sirius Radio can be picked up on all the US territory and they are also available in some parts of Canada and Mexico.

Each of the major satellite radio services uses its own equipment to broadcast the signal to their clients. The competition is tight and customers have to “pick sides” in order to benefit from satellite radio broadcasting. You have to choose your preferred company and purchase adequate receivers for that particular company. Both XM Radio and Sirius Radio provide their clients with different ways of receiving their services. The field where most competition takes place is in the negotiation with the major automobile manufacturers. Both XM Radio and Sirius Radio have deals with the auto industry giants in order to offer their services and equipment as optional on the car models they produce. Other partnerships were created with audio equipment manufacturers, who now offer satellite radio transceivers and matching headsets. The most recent shock in the satellite radio universe was caused by the production of portable MP3 player-like satellite radio receivers.

The future development of satellite radio

One of the main problems of satellite radio was addressed by the main satellite radio broadcasters. Since you need to be in the line of sight of the satellite to receive the transmission, different problems appeared with mobile satellite radio receivers, especially when different landscaping objects blocked the direct transmission. To solve this, land based devices were installed in order to eliminate the lack of direct satellite transmission. Another interesting aspect related to satellite radios is that they approached their service offers from a different perspective than traditional radio broadcasters. Instead of airing commercials they charge a subscription fee. For many people, this is actually the best alternative, since they get an almost 100% content broadcast (whether it’s music or talk shows) without the 10-12 minutes per hour of annoying commercials. In most cases, the monthly subscription for satellite radio is of around .